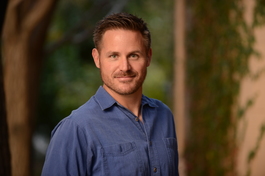 While growing up, the stage I prefered was the sporting field. So this media career was kind of an accident.

After attending university, I embarked on a ten year, four country experience which forever changed me for the better. During this decade abroad, I stumbled (literally) into the media world.

Since then I have produced media in various countries and worked in more than a handful of languages. I’m commited to making great productions with others that celebrate and unite people from all cultures.

I have become skilled at show hosting and acting, in both Spanish and English, or in the language necessary.

As for the rest of this “BIO” section, it is yet to be written. Time to create more chapters.

Take a look around the site, and make sure to connect on social media. Stay tuned for updates and exclusive information. And always have fun!!

Over the Mountain, By the Sea

Role: Dirty Cop - Great trailer I shot with Roger Stoneburner and Richie Stephens. Pick this film up, it will be awesome!!

Hosting the promotional video for Calzone's Restaurant in SF

Cisco DX650 in the Hospitality Industry

Role: Father - This was a fun shoot with the company, Xtracycle.

This was the introduction video shot for the talk show I hosted at San Francisco City College.

50 Ways To Leave Your Lover "Dust was Flying"